Head of Sales for Lightstone
13 January 2021

According to Lightstone, Gauteng is the province of choice for owners of two or more properties.

Hayley Ivins-Downes, Head of Sales for Lightstone says this corresponds with their previous findings that out of seven individuals who own two properties, at least one of these properties is based on the coast.

“Although this comes as no surprise considering the exodus to coastal regions over holiday periods, it’s been interesting to discover where multiple property owners who first purchased homes at the coast have chosen to invest in their second and/or third properties” she says. 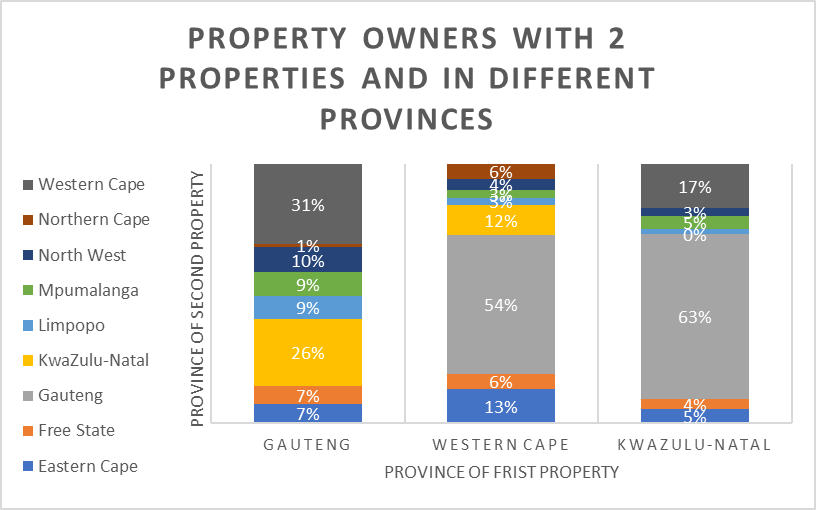 When Lightstone reviewed the data for property owners with more than two properties in different provinces, the picture looks similar with 52% of multiple property owners based in KwaZulu-Natal and 47% of those based in the Western Cape choosing Gauteng as the preferred province to invest in.

Interestingly, the split is an equal 27% between the Western Cape and KwaZulu-Natal as the province of choice for additional property purchases when reviewing multiple property owners with more than two properties across different provinces. 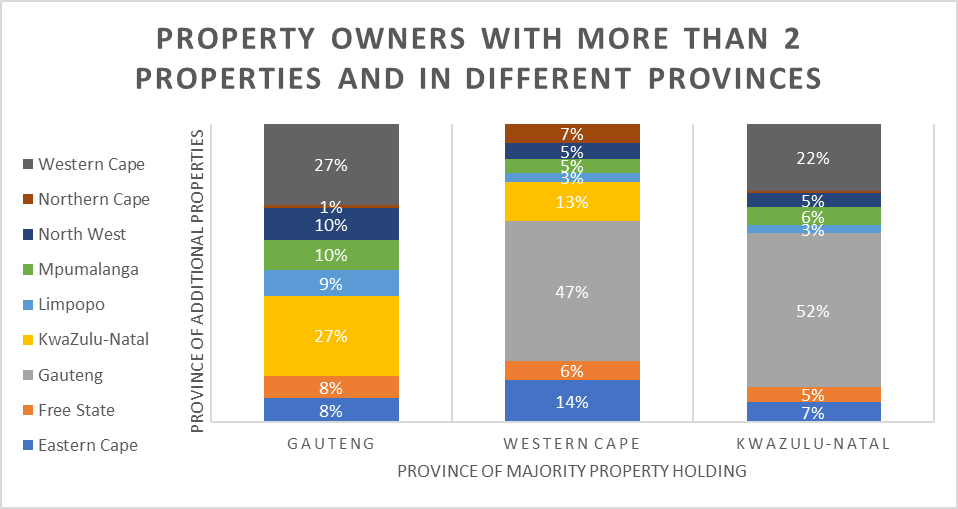 Analysis of the volume of properties owned shows that 57% of individuals who own two properties prefer to own these in the same province whereas 44% of two or more properties are owned by a private person across the provinces.

Lightstone specifically looked at the top preferred suburbs across the three top provinces; the Strand Golf Club, Richwood and Sandown are the top performers in the Western Cape with Bryanston, Morningside, and Moreleta Park as the top three in Gauteng. The South Coast towns of Margate, Amanzimtoti and Ramsgate dominate as the top three preferred suburbs in KwaZulu-Natal.

“It has been fascinating to investigate the property investor’s behaviour from a location perspective when it comes to purchasing property,” says Ivins-Downes. “Understanding this level of analytical detail that our data offers, can help property and portfolio managers in the location choices of their property investment decisions.”